St Mary-le-Bow enjoys historical associations with cities and countries around the world. Those relationships play an increasingly important part in the life of the parish today, as we seek to explore our ministry to our own international City.

St Mary-le-Bow is pleased to represent the Australian Community in London, through its association with the Britain-Australia Society, and by its commemoration of Admiral Arthur Phillip, first governor of Australia.

In the south west corner of St Mary-le-Bow stands a bust commemorating Admiral Arthur Phillip, founder of the settlement at Port Jackson (Sydney).
The text below the monument explains its history:

‘To his indomitable courage, prophetic vision, forbearance, faith, inspiration and wisdom was due the success of the First Settlement in Australia at Sydney on Saturday 26th January 1788’

‘To the citizens of London and the people of Australia as an enduring link between the Motherland and the Great Island Continent of Australia.’

The Church was destroyed by enemy action in 1941 but the bronze bust was salvaged from the ruins. The Memorial was restored and re-erected by the Britain – Australia Bicentennial Trust.

Admiral Arthur Phillip is commemorated annually with a service and wreathlaying on a convenient date near to Australia Day. St Mary-le-Bow also joins with the Britain-Australia Society in other appropriate celebrations, including a Carol service during Advent.

At the Admiral Arthur Phillip Commemoration service on the 27th January 2005, an ensign and plaque were also dedicated to the memory of the 5,488 men of the Royal Australian Air Force lost over Europe during the Second World War. The banner of the RAAF (right) hangs above the plaque.

The ‘Australian Corner’ at St Mary-le-Bow is completed by the banner (right), depicting the emblem of the Order of Australia, which hangs on the south wall, above an explanatory plaque. Both were dedicated on the 18th September 1990 by the Bishop of Fulham and the Duke of Kent. 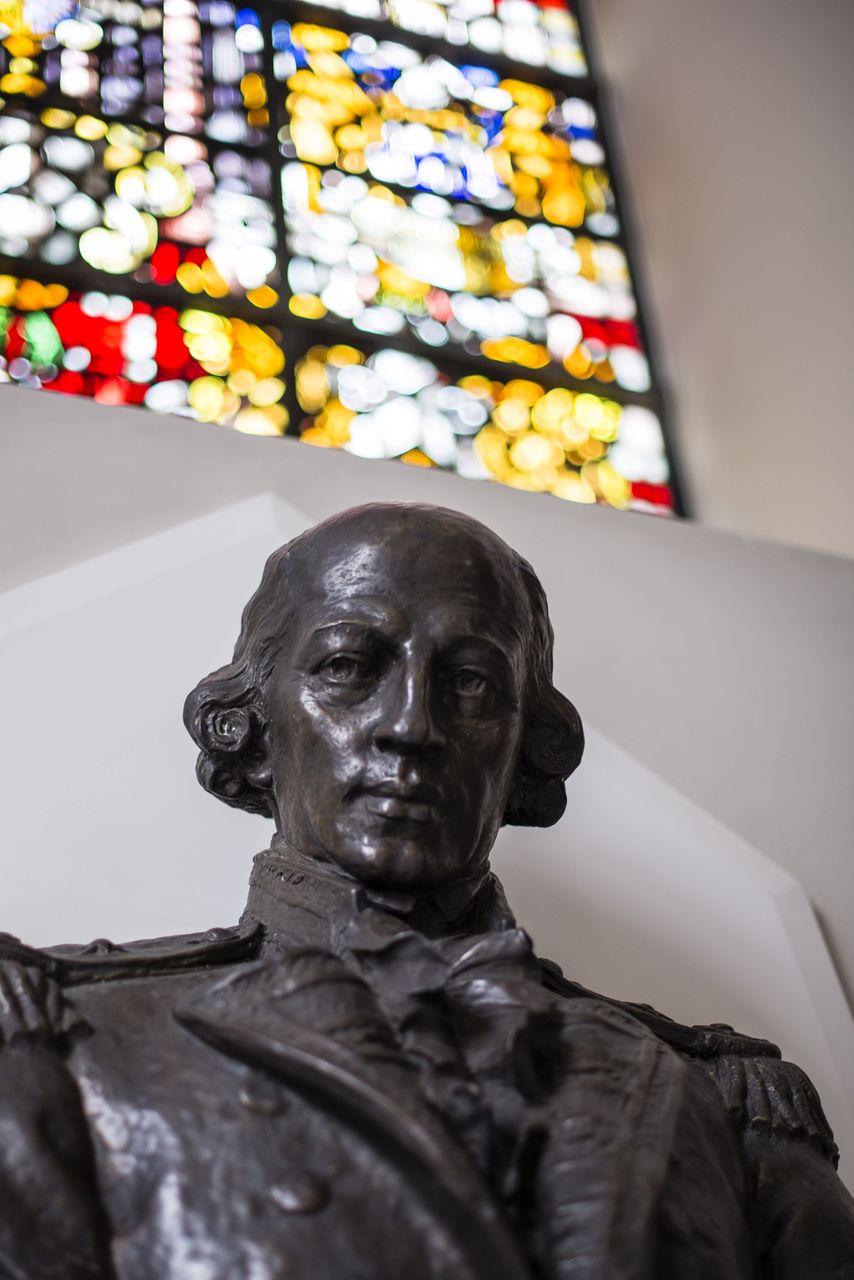 Scott Bevan, author and broadcaster
i

Jonathan Betts,
Former Senior Curator of Horology at
The Royal Observatory
i

Professor Barry Godfrey, Director of Research, School of Law and Social Justice at the University of Liverpool
i

Our strong connection with the city of New York stems from the church of Trinity, Wall Street, founded in 1697. Its Vestry was commanded to do everything ‘according to the use of St Mary-le-Bow’. The church was extremely generous in its donations towards St Mary-le-Bow’s restoration following the bombing it underwent in the second world war.

Trinity Wall Street is St Mary-le-Bow’s sister church in New York. Founded in 1697, its Vestry was commanded to do everything ‘according to the use of St Mary-le-Bow’.

In 1703 Trinity wrote to St Mary-le-Bow to ask what they charged for burying people. A list of prices was duly returned, establishing the charges for burying both members of the parish and ‘strangers’.

In 1704 the Bishop of London, the Right Reverend Henry Compton, the nominal first Rector of Trinity, sent a large bell, which was put in the tower of the Chapel of the Intercession. There is speculation that thoughts of the famous Bow Bell of
St Mary-le-Bow prompted Bishop Compton to send this gift.

In 1963, Joseph McCulloch, then Rector of St Mary-le-Bow, addressed a Vestry meeting at Trinity Wall Street and gave them a gift of a miniature replica of the great Bow Bell. The inscription reads: ‘Presented by the Church of St Mary-le-Bow, London, to assist the Church of Trinity, New York. December 6 1963’. Dr Heuss, then Rector of Trinity, promised that the bell would henceforth be used at all Vestry meetings to call the meeting to order and to a close. Dr Heuss attended the service of reconsecration of St Mary-le-Bow, on June 11 1964, and delivered an address during the service.

The Rectors of both parishes maintain close contacts. After the events of September 11 2001, the World Trade Centre being in the parish of Trinity, St Mary-le-Bow opened a Book of Condolence, which was delivered to Trinity by Timothy Carter, then St Mary-le-Bow’s Treasurer.

Further research is currently being undertaken by Trinity’s Assistant Archivist into the details of our historic connections, and the parishes continue to share in their exploration of mission and ministry in the world’s financial and business centres. 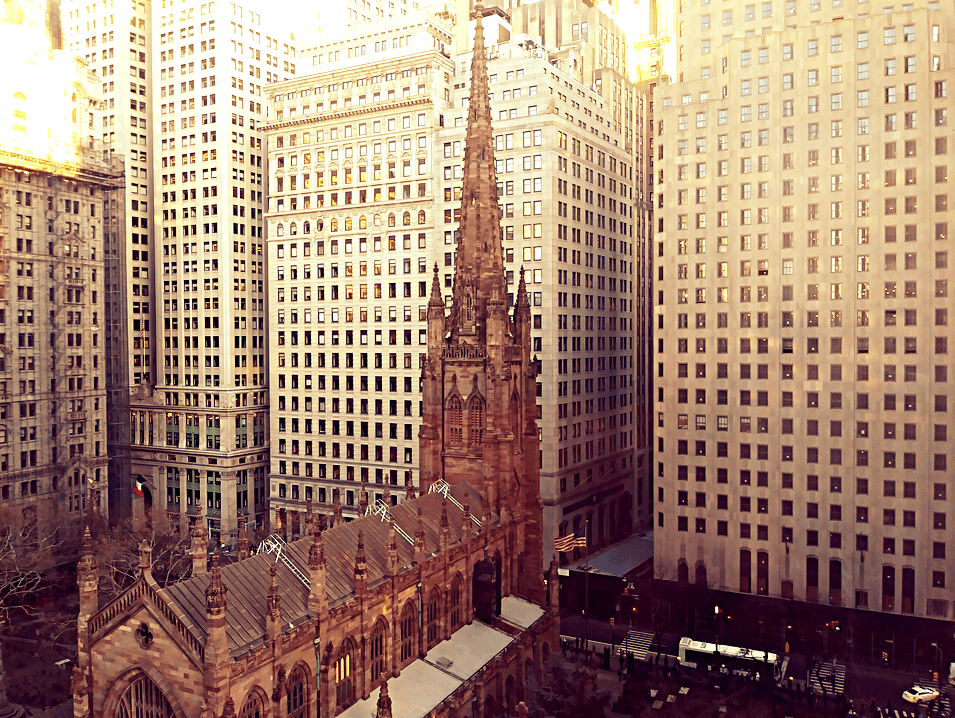