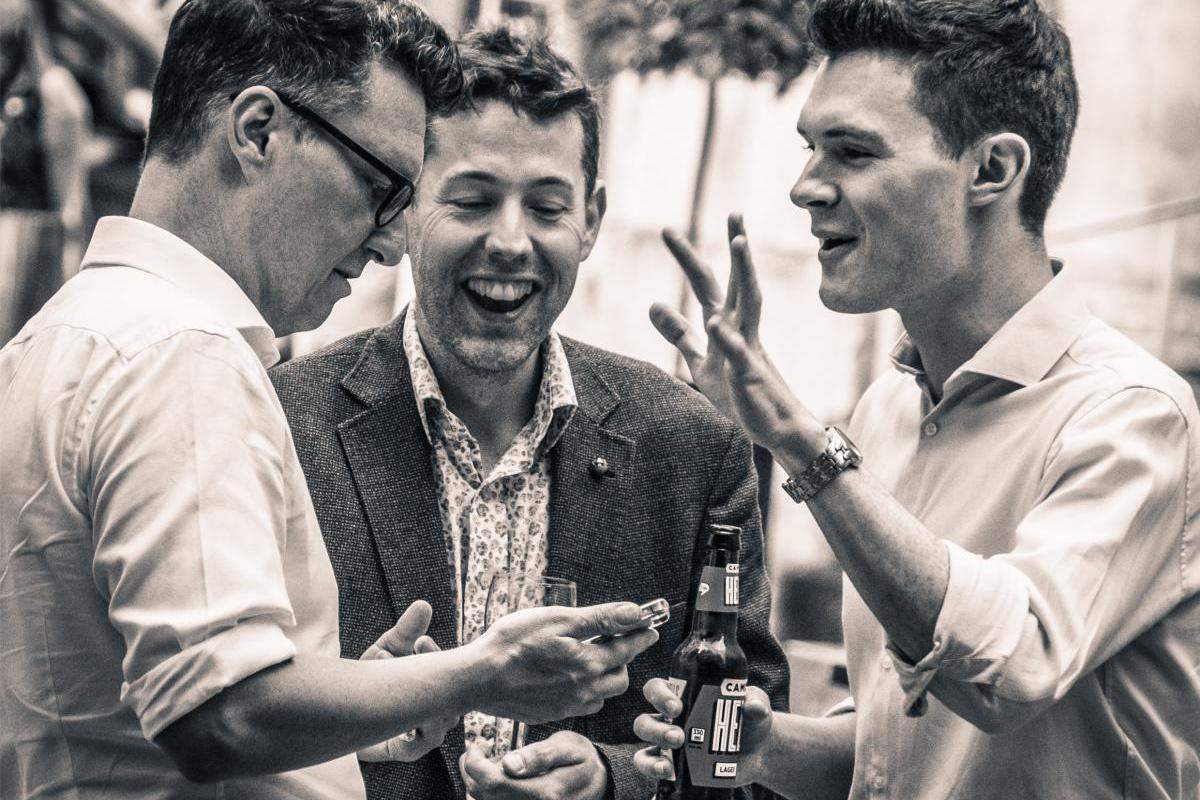 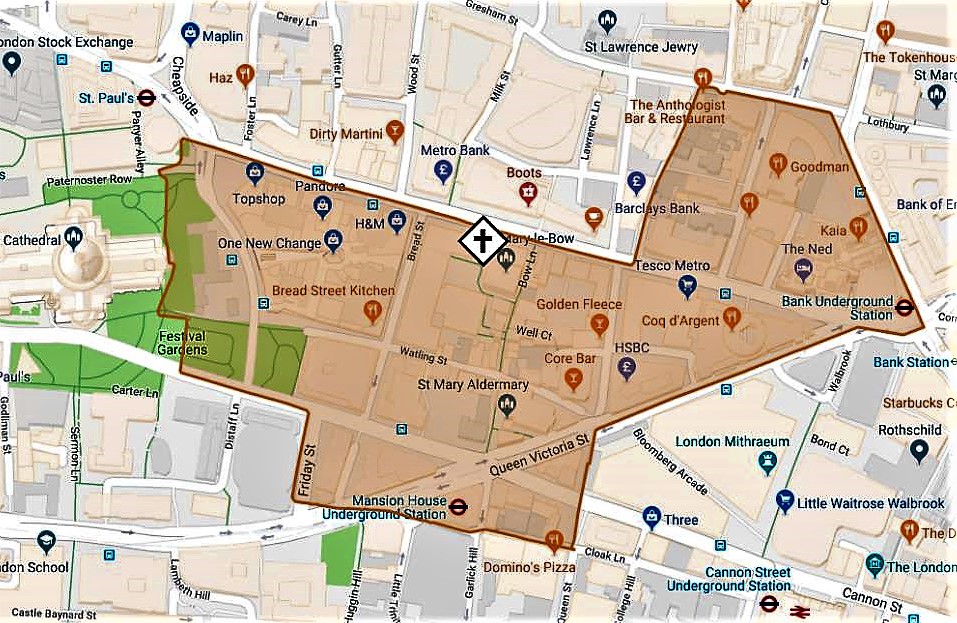 The Church of England has responsibility for the pastoral and spiritual care of everyone living in the country, regardless of the individuals’ beliefs or faith commitments.

Geographical parishes guarantee this universal ‘cure of souls’ and St Mary-le-Bow honours the obligations of its distinctive parish ministry by engaging with the businesses of the area.

The map shows the area of the City that falls within the parish of St Mary-le-Bow. 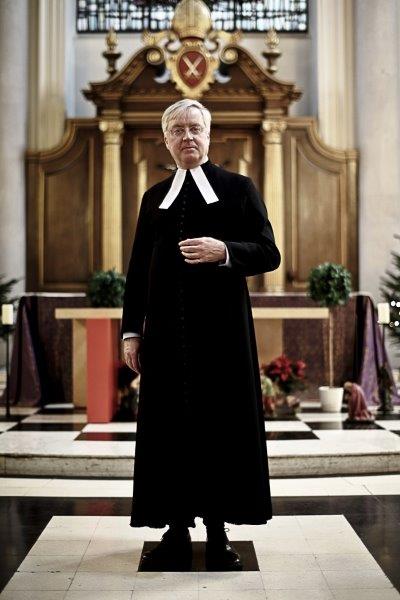 The Revd George R. Bush has been Rector of St Mary-le-Bow since 2002.

Born in London, he trained for ordination at Ripon College Cuddesdon and (briefly) at United Theological College, Bangalore. His academic interests spanned theology, history, canon law and history of art. He was ordained in 1985 to a parish – St Aidan’s – in inner-city Leeds.

He was then student Chaplain of St John’s College, Cambridge, before returning to London, first as Vicar of St Anne’s Hoxton in the East End (but north of the City), and now Rector of St Mary-le-Bow.

He is a Past President of Sion College, and trustee of a number of charities, comprehending his interests in regeneration, FairTrade, mental health and social investment. He has served as Sheriffs’ Chaplain and Lord Mayors’ Chaplain.

He is a Patron of the World Marmalade Festival.

Most of our records were probably lost when the church was destroyed by firebombs in 1941. Any remaining records are held by the London Metropolitan Archives. This is true of many of the City churches.

Our church, St Mary-le-Bow (Bow, in this instance referring to an architectural feature of the Crypt), has the famous Bow Bells, which rang curfew in the Middle Ages and called Dick Whittington back to London; St Mary, Bow Road was a country church until the 1860s saw London expand.

Dick Whittington heard our bells as he rested on Highgate Hill, and returned to the City where eventually he became Lord Mayor three times. Highgate Hill is five miles from St Mary-le-Bow – so many people can claim to have been born with the sound of the bells, who are not actually connected with the church.

Our Churchyard only has deep burials; others were removed from the Crypt shortly before 1960. St Mary, Bow has a small churchyard surrounding it. But be warned – while once it was a country church, nowadays it sits in the centre of a busy dual carriageway.

We hope this information is helpful and we wish you success in your research.

Family History on the Internet

Download a leaflet about using the Internet to research family history